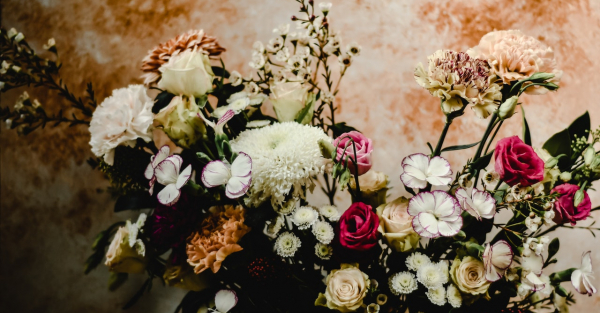 Anna Jarvis created Mother’s Day in the US in 1907 when she celebrated her mother in a memorial service at St. Andrews Methodist Church in Grafton, West Virginia. She lobbied to make it a national holiday, and in 1914 Woodrow Wilson declared it a national holiday to be celebrated on the second Sunday in May. It originally was meant to be dedicated to peace, as Anna Jarvis was a peace activist, but it wasn’t long before it became commercialized with cards and gifts and flowers, especially the carnation. Jarvis was angered by this change in emphasis and even organized boycotts against Mother’s Day.

You might notice that Mother’s Day is spelled as a singular possessive rather than the plural, Mothers’ Day. That is because Jarvis meant it to be a celebration of individual mothers by their families rather than the collective mothers of the world. I thought this was an interesting fact that I’d never heard before.

There are Mother’s Days around the world in different months and dates with varying traditions and histories and many that celebrate on the same day as the US. Celebrate your mother on May 9 this year in maybe a quiet way Anna Jarvis would appreciate. But please do remember her in some way by calling or sending a card (or both).

I’m lucky to still have my mother alive and doing reasonably well. I will be seeing her soon for her birthday in June. She reared five children under sometimes difficult conditions, but we’re all thriving in our individual lives.

I wrote an alpha poem using the word “mother.”

Moving quietly through the house checking on everyone already asleep,
Overseeing the ending of the day, she
Trusts that all is well in her world.
Her love creates a shield against forces she can’t control, an
Ever present shelter from the world outside the walls of home,
Reviving her family’s spirits so they can thrive another day.

Write a brief story about something your mother has done that you remember still. It could be something funny, sad, or heartfelt.

Write your own alpha poem using the word “mother.” I’d love to see it in the comments below.

Describe your mother in detail, including physical and behavioral traits that make her Mom.

Want to join the discussion?
Feel free to contribute!

The Cycle of Life